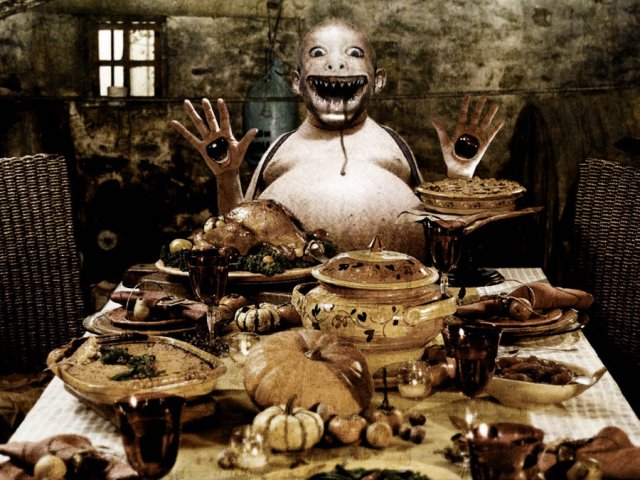 Canada News: Cuts coming and everyone must do their part, warns Dalton McGuinty – thestar.com.

*edit, February 22, 2012 – I noticed an asterisk in my quote of Linda McQuaig below and wondered whether it was a typo by me. It isn’t. It’s in the quoted passage and refers to an explanatory statement at the bottom of the page: “They are only paid in cases where a company stops expanding but remains profitable. If it stops expanding and is not profitable, it would not have to pay tax in any event.”

The following is an excerpt from the above linked-to article by Robert Benzie and Rob Ferguson:

== =
Doctors, professors, teachers, and others on the public payroll will have do their bit in the new age of austerity, warns Premier Dalton McGuinty.

“We’re all going to have a role to play,” the premier told reporters here in his first public event of the New Year.

“If we’re going to be as effective as we need to be in terms of strengthening this economy and ensuring that we’re getting ever more value for the public dollars that are being invested in our public institutions, whether that’s education at whatever level or health care … then we’re all going to bring something to the table,” he said.
= ==

The following is my online response to the above linked-to article:

=== === =
Tax Fairly. Period
The Big Lie is alive and well. Neoliberals croon that “We have spending problems,” while their private sector partners in the audience nod in approval. We have revenue problems, by design. Corporatocracy governments will not quit this tact. It’s an essential component of the neoliberal agenda of privatization and deregulation. Capitalists, who are destroying the world and consigning millions to misery, will save us, if we just free them. More. And we mustn’t tax them, while they use offshore tax havens and loopholes (like deferred taxes and trade mispricing. Read “A Game As Old As Empire”) and while they hoard their money or invest it in the stock market instead of stepping up to the plate and investing in real factories and jobs. / We won’t fix this folks, by asking corporatists to bite the hands that feed them. We need proper, neutral, governments. That’s far away for the moment.
= === ===

“Much of the tax evasion by corporations involved trade mispricing. Many of our clients were multinational businesses,which use tax havens to move profits away from higher-tax jurisdictions through what’s called transfer pricing: the process through which two or more businesses owned by the same people trade with each other. Technically speaking, transfer pricing is legal and necessary because the majority of world trade occurs between subsidiaries of the same company, ” writes John Christensen in “A Game As Old As Empire.” “In practice, however, the international conventions relating to transfer pricing are largely ineffective because there is no market price for goods traded between units of a multinational company. Businesses thus use their tax haven subsidiaries to overprice their imports and underprice their exports, thereby massively reducing their tax bill…” -page 49 (John’s contribution to “A Game,” edited by Steven Hiatt and published in 2007, is a section titled “Dirty Money: Inside the Secret World of Offshore Banking.”)

“Deferred taxes are a Bay Street fiction. They result from a series of corporate tax breaks that allow companies to depreciate their purchases of machinery, equipment and buildings at artificially fast rates. If a company purchases a machine with an estimated life of eight years, for instance, it might be expected to deduct the cost of the machine over that period, reducing its taxable income a little bit in each of the eight years. For accounting purposes, this is the way the machine is depreciated on the company’s books, as specified by accepted accounting principles.

“But companies actually keep two sets of books – one for accounting purposes and one for tax purposes. For tax purposes, the machine can be written off much faster, sometimes in as little as two years, even though the company is paying for it and using it over a much longer period. This provides companies right away with large deductions which allow them to significantly reduce their tax bills. Theoretically, the taxes they avoid paying are not actually eliminated, just deferred. But as long as the company keeps purchasing new equipment, it can keep deferring these taxes indefinitely. In practice, the taxes are almost never paid.*

“Deferred taxes are really tax breaks Ottawa has provided to business over the years in allowing them to write off their plant and equipment at artificially fast rates. Since the taxes are almost never paid, the money amounts to an interest-free loan from Ottawa, without any collateral required or any due date.

“But what is curious about them is their clandestine nature. Why are they called “deferred” when they are actually, in almost all cases, effectively “eliminated”?” -pages 60 & 61 of “Behind Closed Doors – How The Rich Won Control Of Canada’s Tax System… And Ended Up Richer,” by Linda McQuaig

When it comes to paying taxes, corporations and the rich, who have captured governments, can lie to those governments. Little people cannot. Rich people can run to the nanny state to suck on its teats whenever they want, whether or not they need to or deserve to. Little people cannot for that would be tantamount to committing the sin of socialism, which isn’t a sin when the rich, who denounce socialism, do it.

“We don’t have a progressive tax system because the rich have indicated that they don’t want one.” – Introduction to “Behind Closed Doors,” by Linda McQuaig

“But he said to them: “The kings of the nations lord it over them, and those having authority over them are called Benefactors. You, though, are not to be that way.”” -Luke 22:25,26a

Like Loading...
This entry was posted in General and tagged Corporatocracy, Dalton McGuinty, deficit terrorism, mafia capitalism, riches for the strongest. Bookmark the permalink.