Combat missiles on a launcher.

This is about the 2012 movie called “The Avengers.” And there’s nothing but SPOILERS.

“We are hilariously, hopelessly outgunned,” says Nick Fury to the Avengers. But he’s not really saying what he seems to be saying. Nick is actually bragging. Ostensibly, He’s comparing human defenses to Asgaardian technology. He supposedly sees Asgaardian technology as one example of the kind of alien threat to humanity that is out there. Remember, though, these movies are a reflection of the minds who fashion them. And there’s a lot of projection happening. And perversity. What the US does is so often what it accuses others of doing, as others have noted. When JFK came into office after being elected President of the United States in 1960, he soon learned the truth about the balance of forces between the US and the Soviet Union. The US was way ahead of the USSR in the number of missiles it possessed (but lacking in ground forces), but Kennedy and others simply proceeded to lie to the media and the public about both a missile gap and a ruthless, monolithic, global Communist threat. Such lies are self-serving to neoconservatives and their ‘defense’ contractor friends who want war and the profits that they generate. (See “The US Ruling Class Thinks And Does What It Says Its Targets Are Thinking And Doing.” See also David Swanson’s online list titled “U.S. Wars and Hostile Actions: A List.”) And JFK was not a dove. He certainly had no use for democracy. He was in fact a fascist, which automatically makes one neoconservative. (See my compendium: “John F Kennedy and Robert F Kennedy Were Terrorists.”)

This reminds me of the PLOT HOLE in The Avengers.

Here’s the plot hole to the ridiculous story being told with this movie: Once it’s clear that Manhattan is being lost to the invaders and their floating dragon ships (no hilarity there), Fury’s military associates casually decide to nuke Manhattan. There’s no genuine threat here since, as everyone knows, nukes solve all military problems. And we are to believe that these advanced races, Asgaardian and Chitauri, don’t have 1. intelligence to know that the humans have nukes and 2. the capability to deal with them.

And there’s more hilarity, with Thor reacting indignantly to Banner’s comment about Loki’s brain being like a bag full of cats and then Black Widow’s response to that with “He’s killed 80 people in two days,” followed by Thor’s ha, ha line about Loki being adopted. Mass murder is such a joke. 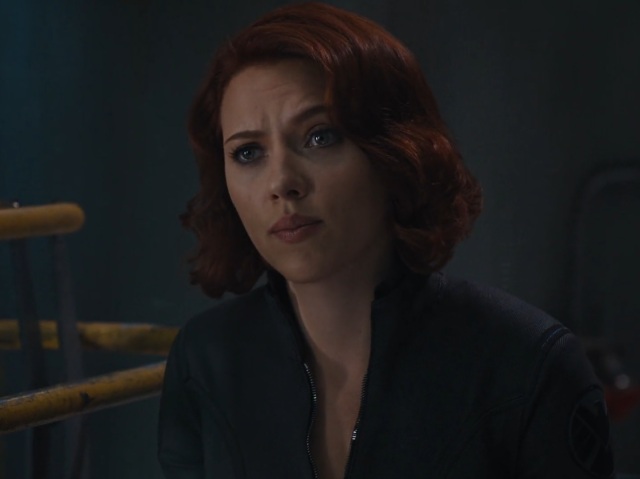 Later, Natasha Romanov, aka Black Widow, interrogates Loki. In the course of that discussion Loki points out that Romanov’s world is in the balance and yet she bargains for one man’s life (that man being Clint Barton) and she replies with “Regimes fall every day. I tend not to weep over that. I’m Russian.” Ha, ha. This is really the most hilarious – but not in a truly funny, harmless way – line in the whole stupid (but entertaining) movie. Russians, who actually don’t do regime change or imperialism, are cold-blooded, whereas Nick Fury’s country does regime change regularly and proudly but is somehow virtuous. As Tacitus said, “Crime Once Exposed Has no Refuge but in Audacity.”

Come Back To Us Loki!

And we also see here the usual neoconservative/Star Wars idea that no matter how evil you are; If you are of the right tribe, then your evil is okay. (I just read an article online about a new book by a fellow named James Backque. The article called “A holocaust was what the Americans did to the Germans,” looks at Backque’s book titled “Crimes and Mercies: The Fate of German Civilians Under Allied Occupation, 1944-1950.” The title says it all. I’ve also read Eric Lichtblau’s book titled “The Nazis Next Door,” which reveals what animals the Americans were, keeping Nazis’ prisoners in jails, sometimes for years, ‘after’ the war had ended! See my blog post titled “Nazi America.”) Thor just wants Loki to come to his senses and return to the loving embrace of the Asgaardian tribe, the same way that Luke Skywalker just wanted mass murdering Darth Vader to come to the light, or good, side and return to the loving embrace of the Skywalker (and by extension, Jedi) tribe. Thor defends his mass murdering brother just as Fury defends, and, really, boasts about, his mass murdering, regime-changing, democracy-deterring American Empire. For clearly, When he laments that humans are “hopelessly, hilariously outgunned,” he’s really saying that all of America’s enemies – any who don’t bow to uncle Sam – are hilariously, hopelessly outgunned. 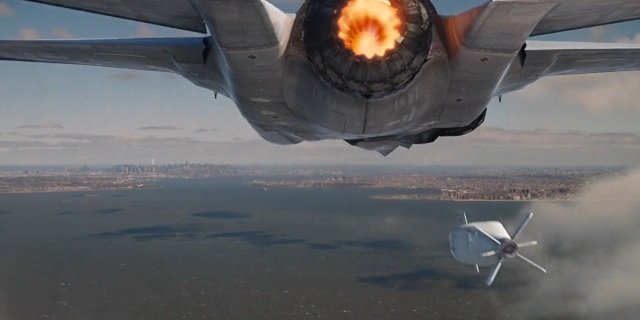 How? Nukes. In fact, Nukes are the real Avengers in the movie, which is what Hollywood/CIA/FBI/NSA/Pentagon want to say – to those who get the joke – and that joke is why there must be the huge plot hole, big enough to get an army, alien or otherwise, through, in The Avengers.

I’m going to link to this little rant in my blog post titled “Nazi America,” where I talk about Hollywood’s pathology. Here’s what I said in that blog post:

“…And, now that Americans (and others) have been getting corporate owned media, including big screen movies, blasted at their heads for many years, How many people think that torture, nuclear warfare, smoking (that’s back big time in movies and tv), sex with kids, murderous spies and talking like a toilet are okay? (I stopped watching Arrow and Daredevil because those shows both carried episodes that sold torture.) How many people, subjected to “National Security Cinema” think that all of those things are fine, as is the marauding American military? How many Americans are okay with all of that darkness, even while, if you asked them whether Nazis are good or bad, most would answer “bad”? How many Americans, and other consumers of Hollywood’s crap, have no fear of nukes which feature in almost all superhero movies these days? They don’t even bother to weave nukes into the stories they are found in in a logical way.

“This is not always, or even usually, pure propaganda. There’s psychology at work here as well. Hollywood, which is not just the entertainment industry but includes the Pentagon, the CIA, the FBI and the NSA, produces stories that allow those who run and ruin the world to feel good about themselves. They can tell stories about their world, which is all they know and care about, but leave out nasty details in order to feel good about themselves. (Nick Fury is a superspy but look at that, He’s a superhero!) Think of it as a mirror image of the people who have input into the storytelling that goes into movies we pay for. That image is distorted however. It presents a pretty picture of the evildoers who stand in front it, gazing lovingly at themselves as audiences, who can do nothing about any of that, toss money at them! It’s exactly the opposite of the kind of mirror that is presented in Snow White. That mirror told the truth. One could ask it a question and get a satisfactory answer, so long as it was also the truth. But if the facts were such that the truth hurt the person asking that mirror questions, that was that.”

Like Loading...
This entry was posted in General and tagged Corporatocracy, darkness, Hollywood, Nukes, riches for the strongest, The Avengers. Bookmark the permalink.