I am a fiend and a spammer. ‘Someone’ says so. AHT fails again. 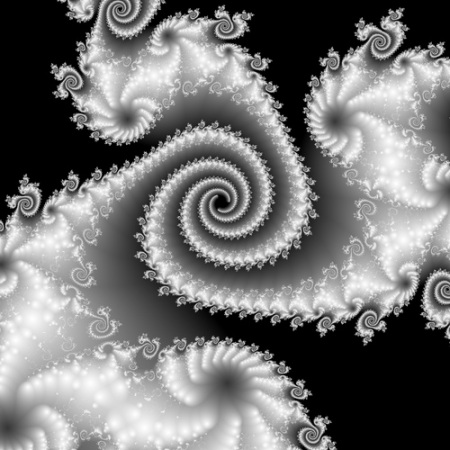 Source: How to Get Big Money Out of Politics—Again (and Save the Green New Deal) – American Herald Tribune

|\|\
Big Money as we know it today played no part in our politics until 1971: it was excluded by law. But now Big Money rules, and it will have to be excised again if the Green New Deal is ever to materialize…

The Green New Deal is such a threat, a mortal threat: it promises a brighter future for the rest of the American people, the other 99%…

Taken whole the Green New Deal seeks to repair the damage. It will reclaim the earlier, humane, more equitable political economy of the mid-20th century, when abundant well-paying jobs provided families with decent housing, wholesome food on the table, and affordable healthcare…

The Green New Deal is a project of the Sunrise Movement. Addressing climate change as the umbrella issue, it is a comprehensive unyielding demand for justice—social, racial, environmental, political, and economic justice.
/|/|

“The Green New Deal is a project of the Sunrise Movement. Addressing climate change as the umbrella issue, it is a comprehensive unyielding demand for justice—social, racial, environmental, political, and economic justice,” says Richard Behan. Except that it isn’t.

I have 21st Century Wire to thank for cluing me into Cory Morningstar’s research on NGOs. I feel that she could do a much better job of presenting her findings, but I have no doubt that she’s penetrated the subject of The New Green Deal and has the right take on it. 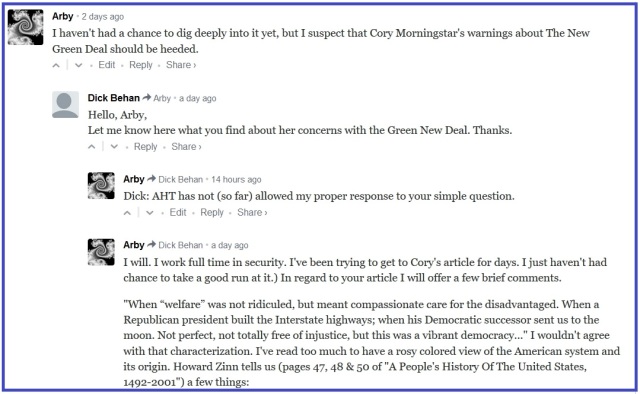 Here’s my second effort to post an excerpt of part 3 of Cory’s series titled “The Manfuacturing Of Greta Thunberg: For Consent”:

====—
Let’s try this again. My first attempt at posting this solicited reply to the author of “How to Get Big Money Out of Politics—Again (and Save the Green New Deal)” was a bust. The comments that I made before Richard Behan’s request for information from me can still be seen. Those comments can still be seen. As I noted in my first disappeared comment (in this discussion), the quote was lengthy, but only because it was a sure way for me to impart the flavor of the discussion it’s a part of. I hadn’t got around to reading Cory Morningstar’s entire 8 part series titled “The Manufacturing of Greta Thunberg – for Consent: The Political Economy of the Non-Profit Industrial Complex” when I first brought up the subject of her research in this discussion. (I have now read parts 1 & 3) I did a special search of the series for mention of The Sunrise Movement, since that was something mentioned, favorably, in Behan’s article (since I felt that that would be regarded by Behan as pertinent) and the excerpt, below (in bold, applied by myself), includes mention of that movement.

WHO decided that my comment (and earlier comment in another discussion) was spam? Which doesn’t let AHT off the hook if it wasn’t them. If they are oblivious to activity on their website, that just means that they don’t care. If they are aware, then that means that they are fakers. They carry articles by stellar writers, so other than the way that I’m being treated there the website looks progressive to me. Therefore, I don’t understand what’s going on. I only know that AHT’s owner(s) has issues.

Are you still there Richard Behan? Did you plan to examine the information you asked me for?

The green bourgeoisie rubbed elbows with “celebrity activists” including Susan Sarandon, John Cusack, Danny Glover and Harry Belafonte (Glover and Belafonte are both Sanders Institute fellows). WCAX News reported that the only debate that night was whether or not media would be allowed into the event. Ultimately the media was given access to the event, yet had to adhere to conditions of who they were, and who not allowed to record. (So much for freedom of the press.)

Participants spoke passionately about Indigenous rights, racism, etc. at the invite only event of predominantly white rich saviours who are presented as the leaders of our only salvation. In reality, they are only trying to salvage a system (via reforms) in which they are flourishing. Another inconvenient truth at odds with the gathering, are the promotional videos produced for the institute, which deliberately strive to give the pretense of politically correct diversity and inclusion.

As previously highlighted, Zero Hour is one of the five twitter accounts tagged in the first Thunberg school strike tweet. Partners of This Is Zero Hour include; We Don’t Have Time, 350.org, The Climate Reality Project, the Sierra Club, Power Shift, the Sunrise Movement and many other NGOs that garner much power and influence within the non-profit industrial complex…

This is not kindness. This is exquisite, albeit callous strategy.

Incubated by the Rockefeller Brothers Fund as an in-house project that later evolved into a free-standing institution, The Climate Group is a co-founder of We Mean Business – “a coalition of organizations working with thousands of the world’s most influential businesses and investors.” The founding partners of We Mean Business are Business for Social Responsibility (BSR) (full membership and associate members list), CDP (formerly the Carbon Disclosure Project), Ceres, The B Team, The Climate Group, The Prince of Wales’s Corporate Leaders Group (CLG) and World Business Council for Sustainable Development (WBCSD). Together, these groups represent the most powerful – and ruthless – corporations on the planet, salivating to unleash 100 trillion dollars for the fourth industrial revolution.
]|]|
—====

See my previous blog post titled “The Ignorance Of Progressives Is Astonishing.”