(+
The U.S. mainstream media, with the New York Times in the lead, is covering up a shocking feature of the Netanyahu/Trump annexation plan that would strip 350,000 to 400,000 Palestinian citizens of Israel of their citizenship. The “denationalization” proposal is a crime against humanity, but the American press is ignoring it…

In fact, the Times consistently erases the 20 percent of Israelis living within the 1967 borders who are Palestinian. They have still not done a profile of Ayman Odeh, the leader of the Joint List, the third-largest force in Israeli politics. Nor has the paper ever interviewed Issawi Frej, another Palestinian who actually served in the Israeli Knesset for 6 years as part of the small, left-wing, mostly Jewish Meretz party.

Haaretz continues to do the reporting that the Times hides from. Amir Tibon and Noa Landau found that it was Benjamin Netanyahu himself who pushed the proposal to denationalize The Triangle’s residents, in a conversation with Jared Kushner back in 2017. The two somehow had no problem eliciting a comment from Ayman Odeh…
+)

“Venezuela “Embassy Protectors” Will Not be Able to Tell Jury that Coup Leader Juan Guaido Is “Not President”, or Mention International Law” by Ajamu Baraka and Bahman Azad (Global Research)

):):
On February 4, Chief Judge Beryl A. Howell issued a ruling on what the jurors will be allowed to be told in the trial of the Embassy Protectors scheduled to begin on February 11. She granted most of the government’s requests to prevent the jury from hearing important facts about the case, leaving the protectors with little in the way of a defense.

The courtroom will not be an oasis of truth in Washington, DC. The fact that Nicolas Maduro is the lawful president of Venezuela, not the coup leader Juan Guaido, cannot be uttered in that courtroom. Even though everyone, including the judge and prosecutors, knows that Guaido has not served one nanosecond as president since his self-declared presidency one year ago, the jurors will not be allowed to be told that critical fact. They will be led to believe that Guaido’s fake ambassador Carlos Vecchio is real.

Judge Howell argued that the court was bound by precedent that says courts must accept the decision of the president as to who is the leader of a foreign country. If the president says Mickey Mouse is president and Donald Duck and Goofy are his ambassadors of another sovereign country, then in the US courts that is the legal fiction they must abide by.
:(:(

You can’t, because of law, get basic honesty or justice from the courts in the most powerful country in the world. If there is a God, Will he let that go on forever? 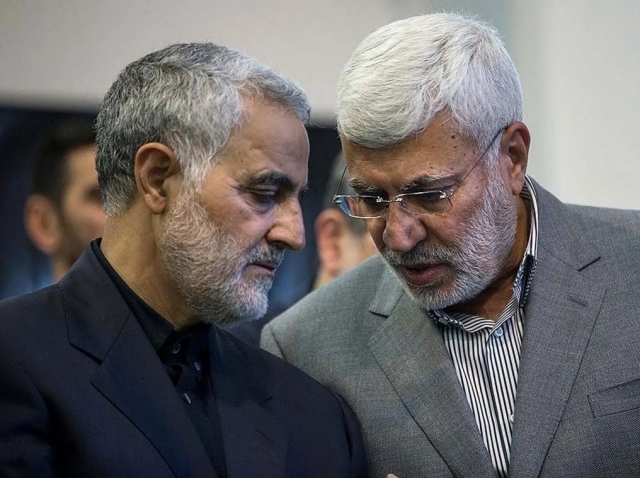 From Bulletin of the Atomic Scientists:
Facebook is taking down Instagram posts supportive of Iranian Maj. Gen. Qassem Soleimani, pictured here with Abu Mahdi al-Muhandis. Both men were killed in a US airstrike this month. The company said it’s removing the posts to comply with US sanctions. Credit: Fars News Agency (Creative Commons).

=====:-
Soon after a US drone strike killed Iranian Maj. Gen. Qassem Soleimani in Iraq earlier this month, President Donald Trump’s re-election campaign began touting the “swift actions of our Commander-in-Chief” in paid Facebook ads that cast the killing in a positive light. When it comes to posts that appear to support the dead general, however, it’s a different story: Facebook is employing some questionable legal reasoning about US sanctions law to justify deleting such content from its subsidiary, Instagram.

Even the lawyers who argued the Holder case for the government agreed that speech done independently from a terrorist group does not violate the law. Facebook, however, appears to be taking a different stance. It is reportedly extending the Instagram takedowns far beyond the Islamic Revolutionary Guards Corps, which Soleimani helped lead and is itself a designated foreign terrorist organization. Facebook apparently is pulling down content from people who are unlikely to be affiliated with the military unit, or, for that matter, even very supportive of it.
-:=====

The Bulletin author seems to have revealed some rather anti-Iranian sentiment. Or else he’s not up-to-speed. He writes that “The Soleimani killing and its aftermath are certainly of great public interest. After the drone strike, Iran announced that it was rejecting certain international limits on its nuclear program, launched a missile attack against US military forces, and shot down a civilian airliner.” With that statement, which deals with a serious matter, namely the downing of civilian flight 752, the author implies that Iran was retaliating, in an illegal fashion, against US aggression. He really should have either not said anything about flight 752, or else provided a sentence or two explaining the event or else provided a link to an article that does explain the event.

related: “Was Iranian Missile Operator Tricked Into Shooting Down The Ukrainian Airlines Plane Over Tehran?” by Joe Quinn (JoeQuinn.net) 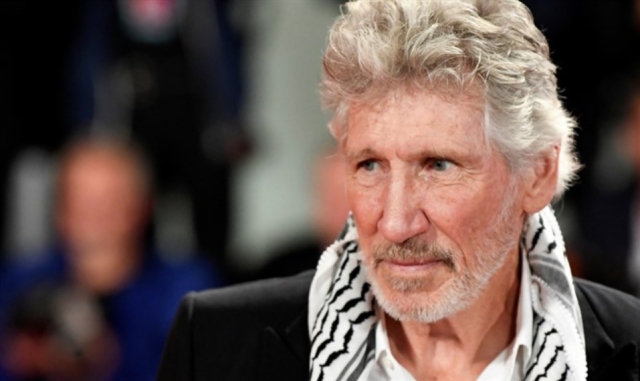 |\||
Major League Baseball will not schedule any more advertising on its various platforms for former Pink Floyd bassist and popular solo artist Roger Waters because of his ongoing support for the Boycott, Divestment and Sanctions (BDS) movement, a report from Billboard said.
||\|

\|\\
THE EXECUTIVE ORDER Donald Trump signed yesterday, purportedly intended to combat antisemitism, can only be understood in the context of a few key facts. The first is that the Trump administration is actively pursuing a post-two-state solution in Israel/Palestine, laying the groundwork for Israel’s eventual annexation of all or parts of the occupied West Bank. The second is that, as a result of more than half a century of military rule over the Palestinian territories, Israel continues to face challenges to its legitimacy, especially in the form of the growing Boycott, Divestment, and Sanctions (BDS) movement on college campuses in the United States and around the world. The third is that, despite Trump’s numerous antisemitic comments and his administration’s general coziness with white nationalists, right-wing supporters of Israel have found in him a useful vessel for realizing their territorial-maximalist aims.

Against this backdrop, the Trump administration, with the approval not only of the Jewish right but of ostensibly broad-tent organizations like the Anti-Defamation League, has issued a reworking of the US government’s definition of antisemitism. Wednesday’s executive order not only formally extends Title VI anti-discrimination protections on the basis of “race, color, or nationality” to Jews (without specificying to which of these categories Jews belong); it also further codifies the dangerous and false equivalence of anti-Zionism with antisemitism and designates criticisms of Israel as forms of anti-Jewish discrimination, by affirming the controversial International Holocaust Remembrance Alliance definition of antisemitism already in use by the State Department. The unambiguous intention of the order, as Jared Kushner himself wrote yesterday in the New York Times, is to crack down on Palestine solidarity and anti-occupation activists on campus, and on the BDS movement in particular…

As Lara Friedman, the president of the Foundation for Middle East Peace, has pointed out, the executive order is the culmination of several years of pressure by pro-Israel advocacy organizations. With Trump’s appointment of Kenneth Marcus, a veteran right-wing pro-Israel operative, to the post of assistant secretary of civil rights at the Department of Education, it was only a matter of time before an executive order of this kind came across the president’s desk. Marcus has written publicly about the need to use civil rights litigation to crush campus criticism of Israel. Now that position is US government policy.
\\|\

===== =
Students at the University of Chicago must know whether our University’s $8.5 billion endowment provides material support to Israel’s military. In 2019 alone, the Israeli military demolished 140 homes, displaced 238 Palestinians, and detained nearly 200 Palestinian children. Since March 2018, the military has killed almost 200 Gazans protesting for recognition of their rights. This has included journalists, medics, and children. The Israeli occupation, a system of violence and separation that has denied Palestinians freedom and dignity, is a moral disaster for those who support and administer it. Unfortunately, it is highly likely that, like other universities, our university profits off of this unacceptable state of affairs through investments it holds in the endowment. Thus, President Robert Zimmer’s administration must release the endowment…

The University has responded to past political demands by citing the Kalven Report, which says that the University will not choose sides in a political debate unless it is required by “paramount social values,” without ever defining what these values are. But the Kalven Report does not shield the administration from releasing the endowment.
= =====

There isn’t any explicit killing of communication happening here, yet. But I’m going to include this entry because of an overriding “paramount social values” concern. Okay?