Do you want to keep eating?

Create your own Bee 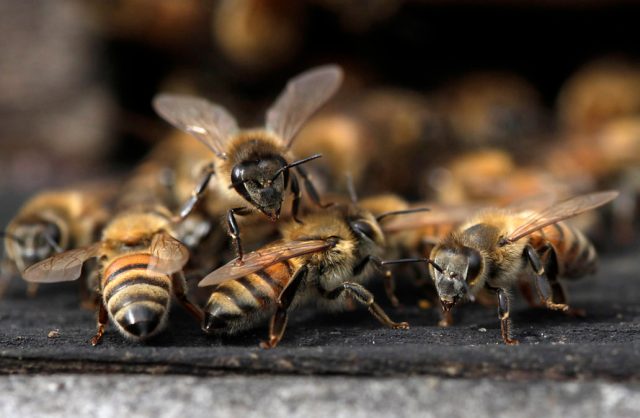 (o
While soybean farmers watched the drift-prone weed killer dicamba ravage millions of acres of crops over the last two years, Arkansas beekeeper Richard Coy noticed a parallel disaster unfolding among the weeds near those fields.

When Coy spotted the withering weeds, he realized why hives that produced 100 pounds of honey three summers ago now were managing barely half that: Dicamba probably had destroyed his bees’ food.

In October, the U.S. Environmental Protection Agency extended its approval of the weed killer for use on genetically modified soybeans and cotton, mostly in the South and Midwest, for two more years. At the time, the EPA said: “We expect there will be no adverse impacts to bees or other pollinators.”

But scientists warned the EPA years ago that dicamba would drift off fields and kill weeds that are vital to honeybees. The consequences of the EPA’s decisions now are rippling through the food system.
o)